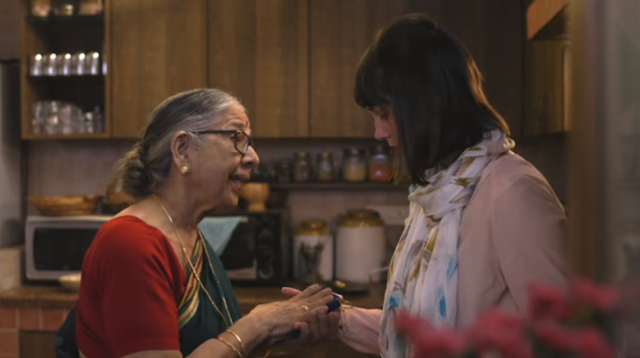 A video produced by British Airways to promote the airline’s routes between the U.K. and India has taken off online.
The advert tells the story of a flight attendant making her first trip to India and falling in love with the country after an elderly woman befriends her on the flight and invites her home.
The tagline for the commercial, which is inspired by a true story and has been viewed over 350,000 times on the airline’s verified YouTube channel, is “Loving India back since 1924.”
Around 12% of tourists arriving in India in December 2015, were British, according to the latest figures from the Ministry of Tourism, making the U.K. the third-largest source of foreign tourists that month after the U.S. and Bangladesh.  In the same period in 2014, the U.K. had the second-highest percentage of visitors to India after America.
Some of India’s main tourism markets have advised citizens to exercise caution while visiting India after attacks on female tourists in the country in recent years. In response, India’s Ministry of Tourism began a campaign to try to improve women’s safety and asked all state governments to deploy tourist police to assist travelers in distress.
Imperial Airways, which became British Airways in 1974, first began exploring air routes to India in 1924.

The first service between London and Karachi, in what is now Pakistan, started in 1929 but it wasn’t all by air because Italy wouldn’t allow British aircraft to enter via France and flying over the Alps was not deemed practical.
The journey began in London with a flight via Paris to Basel in Switzerland.
From there passengers, who paid £130, went by train to Genoa in Italy then onto Rome in a seaplane or flying boat via Naples, Corfu, Athens, Suda Bay in Crete, Tobruk in Libya and Alexandria in Egypt.
Finally, the journey was completed by a DH66 Hercules, with stops in the Middle East, including in Baghdad, before arrival in Karachi.
By December that year, the service had reached Delhi, according to information on the British Airways website.