A Break from Formulaic Humour:Tollywood 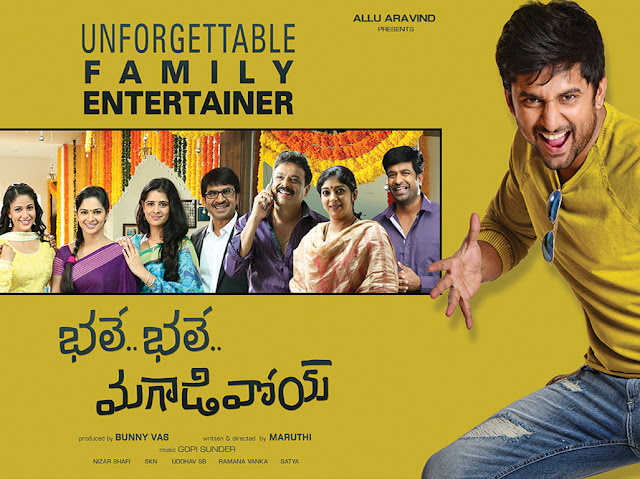 The success of content-driven movies proves that audiences have begun distancing themselves from template comedies.

When Mahesh Babu’s Srimanthudu registered mammoth collections, it left a lot of film-makers, writers and even a large section of the audience happy, though the same actor’s film helmed by Sreenu Vytla tanked. The hit was very important for the industry as it heralded the acceptance of new stories and a rejection of template comedies that have been recycled for over ten years.

Writer of Kanche, Sai Madhav Burra who had churned out successful films like Krishnam Vande Jagadgurum, Gopala Gopala, Malli Malli Idhi Rani Roju, Raju Gari Gadhi points out that no one will ever say they don’t want comedy but there should be a change in the way the writers elicit laughter. It shouldn’t be forced, it should have a connection to the story. He avers, “There’s a risk if you make routine stuff, not if you make novel movies. Be it new or old, people will watch if you execute in a way that they can connect with it. Didn’t you see Anand, Happy Days or Shankarbharanam..adhi connect cheyatam lo theda vosthey fail ayithayi tappa (they fail if they don’t connect properly but..) not because it is new story. Even a routine story will fail.”

Ohmkar too says comedy is not out; after all his Raju Gari Gadhi had no separate comic track, it was weaved into the script. He says, “Like in April 1 Vidudhala, Aahana Pellanta, Appula Appa Rao where comedy was an integral part, subject lo develop ayithe ye hero chesina navvutharu (they laugh whichever hero does it, if it’s developed within the story). They will enjoy whether Brahmanandam does it or Shakalaka Shankar performs. If there is no stuff, none of them can save the movie.”

Even a director like Maruti who banked on adult content for success, has changed. His squeaky clean entertainer Bhale Bhale Magadivoy with a fresh point made with a modest budget of Rs. 7crore registered over Rs.35 crore at the box office. Venu Sree Ram, now making Yevado Okadu with Ravi Teja observes, “I am glad that a top star like Mahesh had ushered in the biggest change. Gates have opened for people who want to make such stories, and people who haven't, should start doing it. The audience wrote off Kanche initially, but it did work eventually. My film is not a game changer, I am not saying I am doing something out of the box but I can say I am not doing something regular.”

Nag Ashwin who impressed audience with a feel good Yevade Subramanyam agrees that there is definitely a trend where a set of new films have captured audience interest. He opines that Srinivas Avasarala's Oohalu Gusagusalade heralded the change. He adds, “I saw Telugu people watching the Malayalam film Premam with subtitles, three or four times. It is a new generation audience and they know when there is not enough matter in the movie. In the past there was not enough awareness for such stuff and they were labelled as art movies. Directors are now more confident. For a whole decade, filmmakers would say they made a different, offbeat film, and when it didn’t work, they would blame the audience and say no one encourages such movies.”

Director Prakash admits that there is a gradual change in the industry but stresses that any film not doing well is not good for the film industry, especially big films.

“They are the ones that ring in business and sustain small films too. When a big film fails, it affects the entire industry. I won't reiterate the point that template films should change; this is a seasonal change but commercial cinema should be successful. Srimanthudu would have still worked without Mahesh Babu; maybe it wouldn’t have brought in such numbers but it’s core point is good and so it would have certainly worked.”
Source:TH
Labels: Movies, Telugu Movies, Telugu Reviews, Tollywood, Update