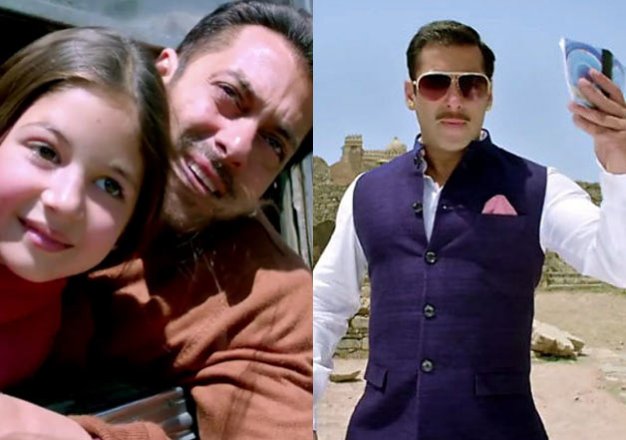 Superstar Salman Khan could not have asked for more. This year has undoubtedly been splendid for him.
Both the movies he has been a part of, have managed to rake in billions at the box office. The Kabir Khan directorial ‘Bajrangi Bhaijaan’ struck an emotional chord with the audiences and went on to earn a whooping Rs 300.06 crores.
‘Prem Ratan Dhan Payo’, his second release is nearing  Rs.200 crore mark in India. The Hindi version of “Prem Ratan Dhan Payo”, which released on November 12, a day after the auspicious occasion of Diwali, has collected Rs.193.22 crore after the second week of its release, read a statement.
The film is running successfully in theatres and has collected a total of Rs.20.4 crore in its second weekend.
With these mind-blowing collections, Salman Khan has become the undisputed ruler of the box office. He has become the only superstar whose movies earned a total of Rs 500 crores in a single year.
As soon as this news broke, Salman fans trended #Salman1stToCross500crInAYear on micro blogging website Twitter.
The love filled tweets are a testimony that Salman’s fans will always adore him. While Bajrangi Bhaijaan pleased the critics, Prem Ratan Dhan Payo was welcomed with harsh reviews.
It seems Salman’s die hard fans don’t care much about what critics say about his movies which is why PRDP became one of the highest grossing movies of 2015.
With such a high benchmark, let us see how Salman’s upcoming ‘Sultan’ fares at the box office next year.
Labels: Hindi Movies, Movies, Salman Khan, Taaza